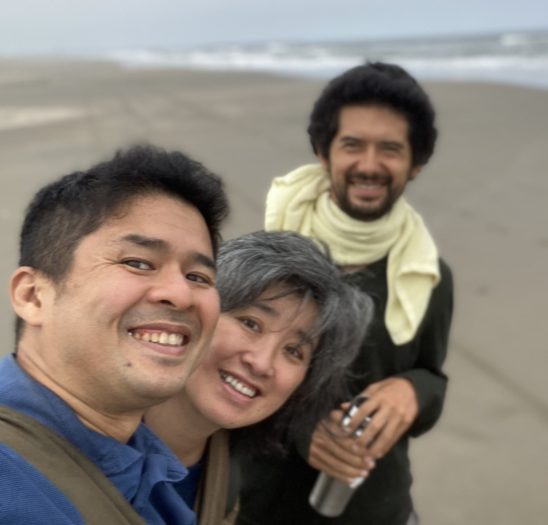 彼女のブログの最新作
Apart and Together: Restoring Dignity and Meaning to Work and Separating it from Sustainability
がかなり響いている

in those days and in many places around the world still, the majority of people either live on the land or are, at least, interwoven with communities that are on the land. Under such conditions, much of what people require for their sustenance is produced outside the market, and large numbers of people only work to supplement what was taken away from them through land appropriation and other enclosures of what previously may have not been monetized at all. Even in the most industrialized and urbanized societies, still the invisible gifting goes on, more often than not by women: the work of care, what Marx called “reproduction.”

Despite all of this, capitalism has won a major battle in successfully reducing work to jobs.

privilege is set up in a way that makes it so easy for it to be invisible to those who have it. Talking about it would expose the privilege, and it’s morally challenging to recognize that our comfort is at cost to others who toil to satisfy our needs, even if indirectly so. The other, perhaps, is that for many of us our privilege gives us, in addition, an illusion of self-sufficiency; a kind of safety that comes from depending on no one. Whereas the reality is that our lives and our comfort lean on so many hands doing so many things we know not how to do.

This pandemic has divided us into three groups: those who either don’t need to work or can work from home; those who must work at greater risk and exposure to themselves because their work is considered “essential”; and those whose work isn’t considered “essential” and can’t be done from home, many of whom have lost their jobs to staggering rates of unemployment.

the more essential and the more care-based someone’s work is, the less well-paid they are, and, often, the less dignity exists in their working conditions.

a staggering amount of current jobs are either bullshit jobs or shit jobs as Graeber (Bullshit Jobsの著者*) defines these categories. In either case, they are jobs that are fundamentally there to sustain the current system, such as through gatekeeping (think insurance company clerks, toll booth operators, licensing agencies, and then you might recognize just how far this can go), through serving those with more resources (many jobs in the service industry fall in this category), or through protecting the powerful (as is the case with armies, police, and others).

The reality that essential work is done by people who are not cared about, and that enormous amounts of inessential work are continuing as if they were essential, is now in plain sight. Here are just two quotes from an article in the “Vox” based on interviews, many of them anonymous, with essential workers around the US. The first is from the author, Emily Stewart: “The coronavirus crisis has exposed many ugly truths about America, how underrecognized and underappreciated essential workers are, not just during a pandemic but always.” The second is from a worker at Walgreens, a large retail chain in the US: “They really don’t care about us, they just care about having someone there to help them make money.”

This, in a nutshell, is one of the core fundamental acts of violence that capitalism brings to us: forcing most of us to do things we wouldn’t otherwise ever agree to do. In the world I visited, such work is rotated. I know that I would be totally willing to collect the garbage from time to time, and I have ample confidence that so would enough people to care for that task – and any others that have that same characteristic – from willingness alone. And there is no need, either, for everyone to rotate; only those of us who are willing. This is the deepest essence of what could be different in that world in regards to work: only that for which there is true willingness is done. There is no coercion in that world, not direct and not indirect through so-called incentives. Only willingness.

The only way for that level of freedom to exist is to have a matching level of togetherness. Without it, we continue to be each on our own, fending for ourselves and our close loved ones, protecting ourselves from, and competing with, everyone else. With it, we rest in collective care for everyone’s needs. This is what we can now see the bare outlines of during the pandemic. This is what our souls know now, more than before, is possible.

This is the world of the gift economy writ large, about which I have written many times. Gift economies are simply economies based on needs, and on uncoupling giving from receiving, so that needs are attended to because they exist, not because we deserve to have them met (as is the case in both capitalist and socialist social orders). Small scale gift economies have existed and continue to exist, both visible and invisible. Every one of us was a one-person experience in gift economy in what we received from adults around us when fully dependent on them. Our souls never forget.

a more beautiful world our hearts know is possible